I have been trying for a couple weeks now, on why I cannot assign a device to my account. Further to that, that same device, I cannot control certain options like sending CTRL-ALT-DELETE or rebooting the device remotely etc. It appears to be a permissions thing but I am running TM as SUDO on the device (Debian - Q4OS), and on my desktop that I am using to remote into the device is admin by default (WIndows 10).

When I try to assign the device to my account, I get "Administrator verification required" in red bold letters.

How can I fix this?? 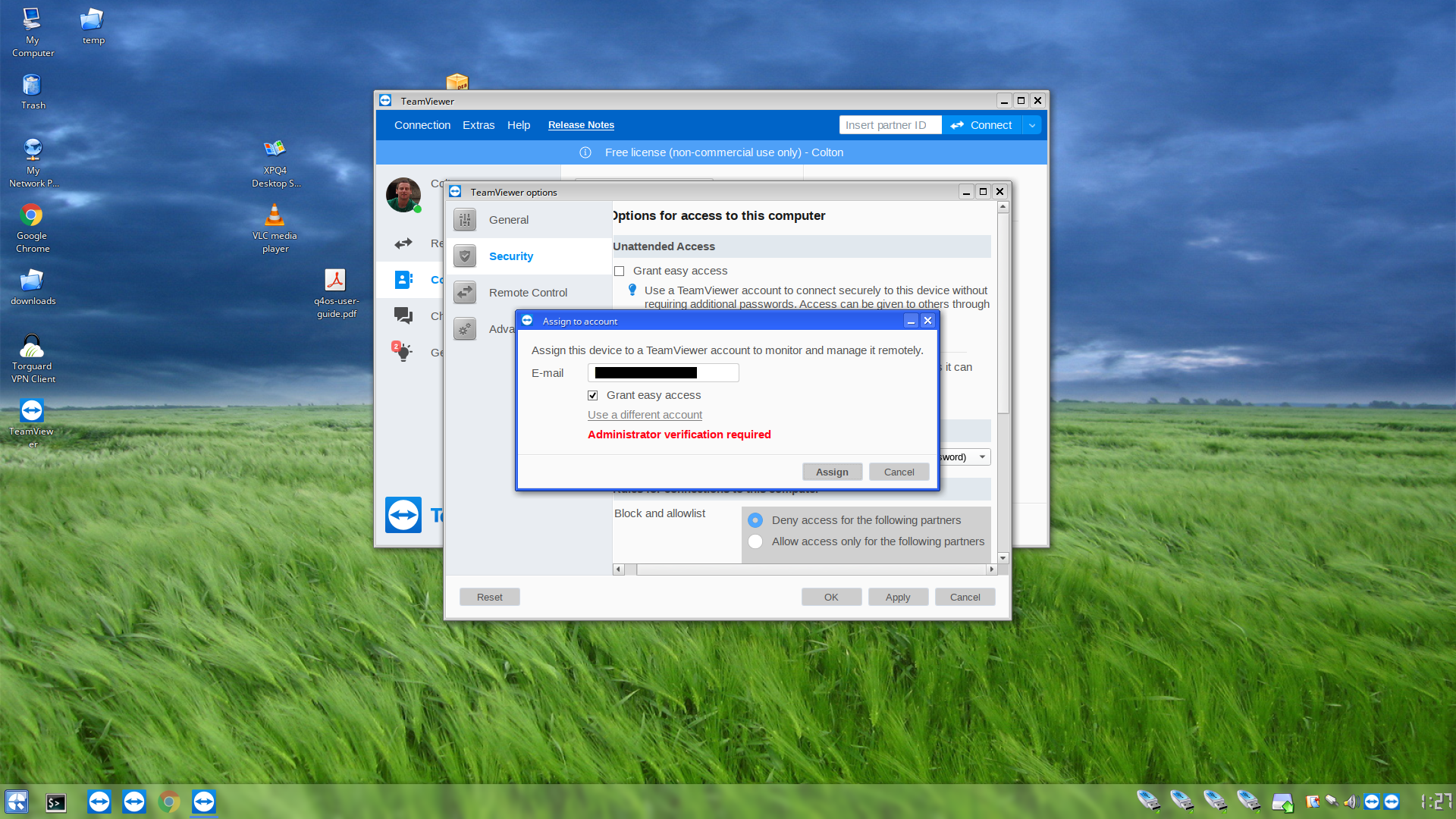