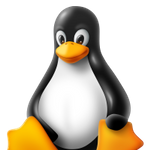 today we are releasing TeamViewer 13 beta. With this release, TeamViewer Host for Linux is upgraded from "preview" to beta. By the end of the beta phase, the Linux Host will be a regular, fully supported TeamViewer client.

TeamViewer (full)
Before I go into details, I need to say that during beta, there is no TeamViewer 13 Linux client that provides outgoing connections. So, when installing the Linux Host beta, please keep in mind that you can (for some weeks) only connect from non-Linux systems. However, with the repository in place, you can of course switch between 13 and 12 as often as you like.

Yes, that's a bummer. I hope I can alleviate the pain a bit and convince you that the wait is worth it:
You may have noticed that during the last months we substantially improved the quality of the Host for Linux, but did not have a lot of updates of the full client.
The reason is, that the native Qt-based, Wine-less TeamViewer Host serves as the foundation of all future development. You read that right: TeamViewer 13 will have no Wine in it.
In vino veritas, but in Qt we trust.

TeamViewer Host
Now, back to this release:
As the Host has become pretty stable and almost feature complete, this release is mostly about polishing. The only thing you will immediately notice is the new look. Therefore I'll tell you about the things you'll probably not notice, just so you can appreciate them.

Some modifications have been made to improve compatibility with Ubuntu 17.10 and some other distros that use gdm as desktop manager.

The control window, which is visible during incoming connections, also has received some attention. It now features the typical handle and can be slid to the edge of the screen. It also now shows a list of the people that are currently connected to this machine. A list? Yes, actually more than one person can be connected at the same time, in case you didn't know.

Another area of work has been the tray icon, status notifier, app notifier or whatever you want to call it. TeamViewer, especially the Host, usually stays in the background and tries to not clutter your taskbar. To still be both visible and accessible, TeamViewer creates an icon in the notification area. In the past, this has been done the ancient X11 way. Of course, this will not be available in a Wayland future. But even today, some distributions no longer offer that, but only support the Freedesktop StatusNotifier.

On the other hand, some distributions do not offer that yet. So with this release, we support both. If it looks nice and shiny, possibly with icons in the menu, then it is the new, DBus-based StatusNotifier, that integrates well with every (supporting) desktop.

Every desktop? Well, almost. Gnome folks have decided that a vanilla Gnome should not support such icons. So, if it is missing on your Gnome desktop, you might want to install the
KStatusNotifierItem/AppIndicator Support plugin.

As always, updates are available via repositories and on our download page.
If you are interested in RedHat and CentOS, please also have a look here.