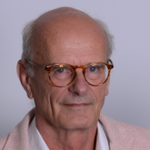 There is one remote mac (running latest version of TVhost 11 on OS10.10.5) that repeatedly turns into a black screen which prevents any further access which I can only circumvent by having someone on site to reboot.

I always disable the option to Lock on Session End as this is sometimes also a problem, but I cannot find a pattern that causes the black screen. I can connect, there is the correct info on the server when I press the Home button, but remote desktop remains entirely black.

As I see this behaviour on only one mac (and i control a dozen over different locations), could there be some security on the LAN kicking in? .